Disclaimer: Some links found on this page might be affiliate links. If you click an affiliate link and make a purchase, I might earn a commission. As an Amazon Associate I earn from qualifying purchases.--

It’s not a surprise that plants need oxygen to survive, since they do breathe and respire like every other living thing. However, we tend to see carbon dioxide as a waste product, or even a pollutant.

How do plants use CO2 and can they even survive at all without it? The short answer is that plants use CO2 as part of the process of photosynthesis, and they do need a source of carbon dioxide in order to survive.

The chemical process known as photosynthesis is how plants generate their own food (in the form of a sugar carbohydrate). The reaction is powered by sunlight, and uses a combination of CO2 and water. Oxygen is the natural by-product.

So, without carbon dioxide, a plant would basically starve even if you had a sunny spot, lots of water and even extra fertilizer.

How Much CO2 Do Plants Need?

Even though it’s not really something you can easily control, it can be helpful to know just how much carbon dioxide your houseplants need.

The average natural concentration of carbon dioxide in our air is between 350 and 450 parts per million (ppm), which is how gas levels like this are measured.

This natural level is what plants require and do their best at. It wouldn’t make much sense for plants to evolve a need for more CO2 than is actually available to them.

Plants may thrive at between 350 and 450 ppm but they can get by with a lot less. It won’t be until the CO2 levels drop to 150 ppm that they reach a point where they can’t survive. 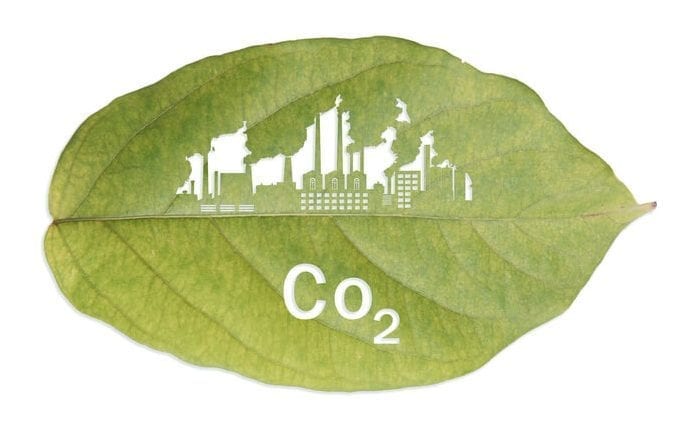 Only very unusual and unlikely circumstances would ever have that happen, so you don’t need to be concerned about your houseplants.

Even if there was no fresh air coming into your plant area, the plants themselves give off carbon dioxide when they are respiring which can replenish any that is used up by photosynthesis. It’s this natural back and forth that gives us the breathable air we all enjoy.

Levels of carbon dioxide in the atmosphere are effected by many things. The breathing and respiration of several trillion plants and animals is just one source.

Forest fires and volcanic activity also contribute quite a lot as does the burning of fossil fuels (coal, oil, gas) and wood for electricity generation and heating. Overall, the planet is gaining carbon dioxide compared to past centuries.

Symptoms of Too Much or Too Little CO2

So what happens to your plants if they are getting too much or too little carbon dioxide? Frankly, the atmosphere is pretty self-regulating so it’s not something you need to worry about.

Higher levels of carbon dioxide are actually good for plants, allowing for more photosynthesis to take place. That means more food and stronger growth, as well as higher needs for water and other nutrients from the soil to keep the accelerated metabolism going. In a small enclosed space, like a sealed grow room or a greenhouse, you can supplement with additional CO2 if you want to experiment with it, but it’s not easily something you can work with to improve the health of your houseplants.

Though your plants may benefit from a little extra carbon dioxide, you and your family certainly won’t. It’s not as potentially dangerous as carbon monoxide, but there are some ill effects if you are subjected to high concentrations of CO2.

Breathing in too much carbon dioxide leads to hypercapnia, or CO2 poisoning of the blood. You can start to get headaches, confusion and problems with short-term memory.

If severe enough, it can be fatal, though its not a common problem when there is decent ventilation.

Anything Else You Should Know?

Of course, plants need more than just carbon dioxide to thrive. As we already mentioned, they need carbon dioxide as well as water and sunlight in order to process light into food. Actually, any light will suffice, not just natural sunlight. 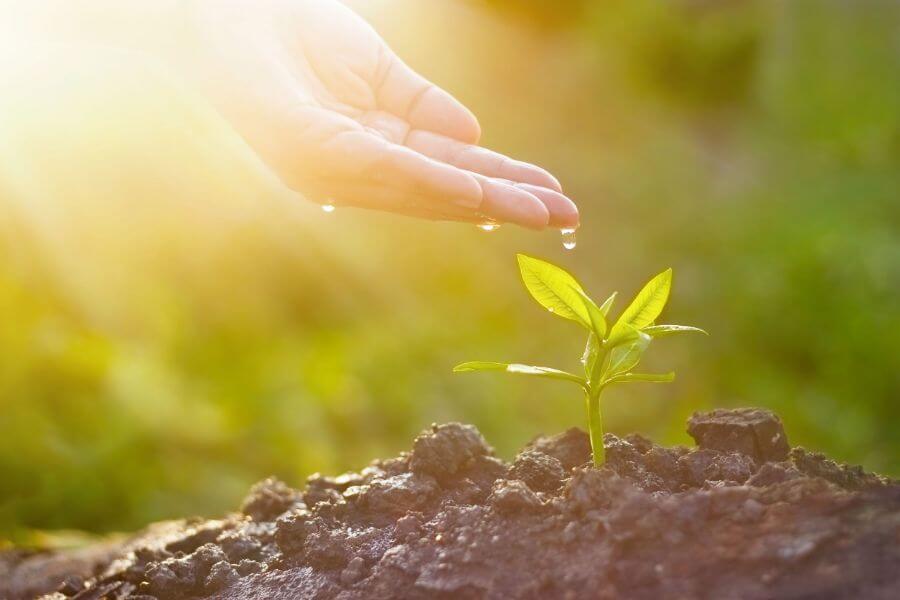 But that is just to maintain their daily photosynthesis. There is more to plant metabolism than just that. Because they breathe like we do, they also require oxygen. Those are the basic needs for a plant.

On top of that, they also need a mix of other chemicals for healthy survival. These come from the soil. Potassium, phosphorus and nitrogen are the 3 most important ones, but plants also need calcium, sulfur, magnesium and even iron.

The soil nutrients are especially relevant when growing houseplants because that is one area that is not going to be naturally replenished in any way. You have to supply all of them by using good soil and fertilizer for your plants. The air generally takes care of itself. 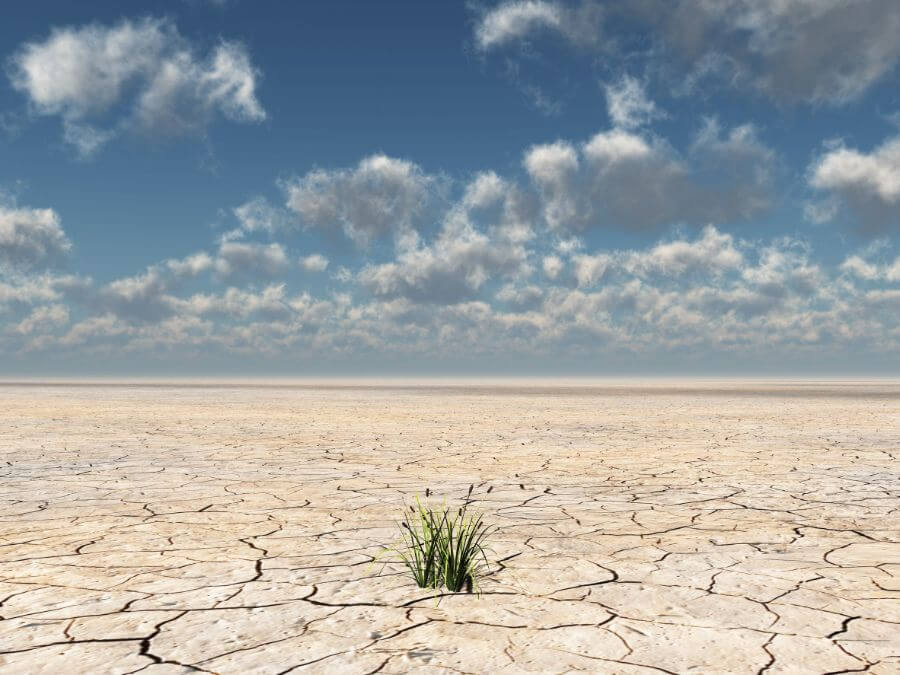 You can’t really talk about plants and carbon dioxide without briefly addressing the current environmental concerns about carbon emissions and climate. Plants need carbon dioxide to thrive, so why is too much of it in the atmosphere such a problem?

Some people will say that it will make plants grow better, which is slightly true as we’ve already seen. The problem is, carbon dioxide does more in the atmosphere than just “feed” plants.

When it comes to climate issues, it’s all about temperature. The CO2 acts like a bit of a blanket, and the atmosphere holds in more heat due to its presence.

Other gases can do the same thing, such as methane and nitrous oxide. It’s known as the “greenhouse effect.” This is why we’re seeing rises in temperature and the resulting disruptions in weather patterns that come with the extra heat.

It is this temperature concern that is driving the current movement to lower carbon dioxide emissions from as many man-made sources as possible. It has nothing to do with how the CO2 affects the growth of plants of the world.

As you can see, while carbon dioxide is vital to your houseplants, it’s one thing you don’t have to personally worry about. Focus on light, water and fertilizer to have a home full of healthy plants. The air will take care of itself.

Interesting article. Too bad you have fallen for the climate alarmist’s BS about CO2 acting like a blanket. Heat capacity is the ability that mass has to absorb energy by changing temperature. In a gas mixture the overall heat capacity is a combination of all gasses present (including water vapor). At .04%, doubling or tripling or even changing by an order of magnitude CO2 simply cannot lower the heat capacity of the atmosphere any appreciable amount. The lower the heat capacity, the higher the temperature will rise to absorb any given amount of energy.

Thanks for pointing that out. And BTW, it's reallly cold here in Australia now. :)

Thanks for sharing your thoughts!

Hi guys! I was wondering if plants lose their colour due to chloroplasts when they don't have enough carbon dioxide?

Though I’m not 100% sure (definitely not a scientist over here!), I would imagine that the leaves would turn yellow in the absence of carbon dioxide. Plants need all of the components for photosynthesis to happen, and when it’s unable to due to a missing component, that green color isn’t being made by the chloroplasts.

Is your first sentence "It’s not a surprise that plants need oxygen to survive, since they do breathe and respire like every other living thing." a mistake? plants need carbon-dioxide. They produce oxygen through photosynthesis in order to grow.

Lisa, just a question on the temperature issue with carbon and other emissions. No mention of water vapor in various forms which by my understanding is the primary cause of the greenhouse affect on our temperatures.

Nope, it's no mistake! It's actually a common misconception that plants don't need oxygen to survive. They respire just like animals do. It's just that the amount of oxygen they use for respiration is negligible compared to the amount they create via photosynthesis. Without it, they wouldn't be able to create energy at night for basic functions, since sunlight is a requirement for photosynthesis.