At one time, people saved nearly everything, and this included seeds from vegetables grown in their gardens. Why did they do this? To replant the seeds so that more vegetables can grow.

When times were tough, people did this to save money, but it was also a way to make sure you had the chance to grow as many veggies as possible and keep your garden going for a very long time.

Can All Types of Seeds Be Saved?

Most veggie seeds can be saved, and the people who saved their vegetable seeds at one time usually saved some from every growing season, which meant the following season had a head start every time and was guaranteed to grow well for the rest of the season. If you love cucumbers, you can definitely save and replant these, but not until you learn a few of the basics first.

Of course, if you’re going to save your cucumber seeds, you have to keep a few things in mind if you want to be successful. First of all, since cucumber seeds can carry and transmit certain diseases, you have to make certain the seeds have none of these diseases before you plant them in the ground. Only disease-free cuke seeds will produce good results.

Something else you need to look for is whether the original cukes were hybrids. Hybrid cucumber seeds rarely produce tasty, healthy cukes. Hybrids are made to produce a certain characteristic and little else, and as such, they never reproduce a true copy of the parent plant. In fact, these types of seeds are often sterile. So, to make it easy on yourself, just stay away from seeds that belong to hybrid cucumbers.

Finally, you should always isolate the seeds you’re planning to save and plant. Why? Because cucumbers have to pollinate and, therefore, can cross-pollinate with other members of their family from time to time.

This means that to replant successful cucumbers, you have to make sure that the seeds are isolated because if they’re not, you could end up with some very interesting and not-so-great combinations once the veggies start to grow.

Of course, all of these things can be difficult for the casual home gardener to do, but it isn’t impossible if you get a little outside help.

Getting Started the Right Way

If you’ve decided to save your cucumber seeds so you can replant them at a later time, you can easily choose types that are known not to pollinate. These include serpent gourds, Armenian cukes, and West Indian gherkins. Ideally, you’ll plant just one of these varieties at a time, but if you do choose to plant more than one variety, make sure they are planted a minimum of one-half mile apart.

Therefore, it needs to be at the end of the growing season and past the eating stage before you harvest the seeds. If the fruit is yellow or orange, you’ll know it’s alright to start removing the seeds.

To remove the seeds, there has to be a method to your madness, so to speak. To make sure the seeds are removed properly and are healthy enough to plant successfully, here are the steps you should take:

The reason you’ll do this is to remove the gel coating that surrounds these types of seeds. The mixture will essentially ferment over the three-day period, which does two things. First, it will kill any virus that is in the seeds, and second, it separates the good seeds from the bad seeds and the pulp, which you won’t want to keep.

When the seeds are completely dry, you can store them away until you’re ready to use them. It’s best to place them either in an envelope or a clear jar, but make sure you write down the date because these seeds have to be replanted within three years of the date you dried and stored them. Immediately after storing them, place them in the freezer for two days to kill off anything that is harmful to them, such as pests.

After the two days are up, you can place the concoction in the refrigerator, because it always needs to be in a cool, dry place. Again, they can remain there for up to three years, so at this point you’ll have plenty of time to go outside and replant them.

If you search the internet for suggestions on how you can save and store cucumber seeds, you’ll likely get some different numbers when it comes to storage and drying times. As a general rule, you should keep the seeds in the freezer for two days, although an extra day or two won’t hurt them; ferment them in the water mixture for a minimum of three days, although you can leave them there for five days if you like; and dry them out for several days or even a few weeks.

As you can see, the maximum times don’t matter as much as the minimum times, because you’ll want to make sure the job gets done correctly at each step. The important thing to remember is to ferment them so the good seeds are at the bottom, dry them thoroughly, and place them in airtight containers in a cool, dry place.

There is also a good way to tell if the seeds are dry enough to store in a container. Simply take one of the seeds out and bend it in half. If it snaps in half, it is dry enough to move onto the next step.

Cucumber seeds saved from a previous growing season are called heirloom seeds, and this is a very popular thing to do, even though some of the steps mentioned above are a little easier if you’re a commercial grower. If you isolate your cucumbers at planting time, it makes saving the seeds later on a lot easier, so you should do this if at all possible.

Saving cucumber seeds isn’t complicated; you just have to be aware of a few tips that make the task more successful. Once you save and replant one season, future seasons will be a lot easier to accommodate, making this activity something you can look forward to year after year. 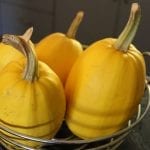 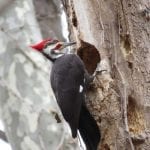 Do Woodpeckers Kill Trees? (And How to Deter Them) 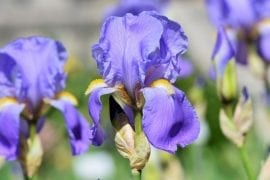 7 Effective Ways to Get an Iris to Bloom Again 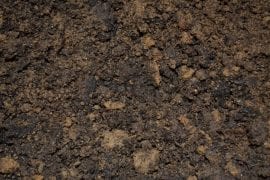 How to Break Up Soil Without Tilling 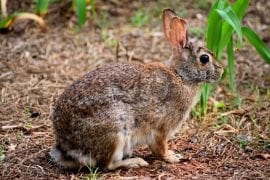 Do Rabbits Eat Tomato Plants? (And How to Keep Them Out of Your Garden)