Nobody talks about plant care without long and detailed information about light. How much, how bright, how hot, which direction and what color? It’s a huge part of growing plants indoors, without a doubt. But what about darkness?

Allowing for darkness in your houseplant plans is actually pretty important, and night shouldn’t be considered a useless or “dead” time. A lot goes on.

If you want to excel at keeping healthy houseplants, you need to understand what happens to your plants at night. 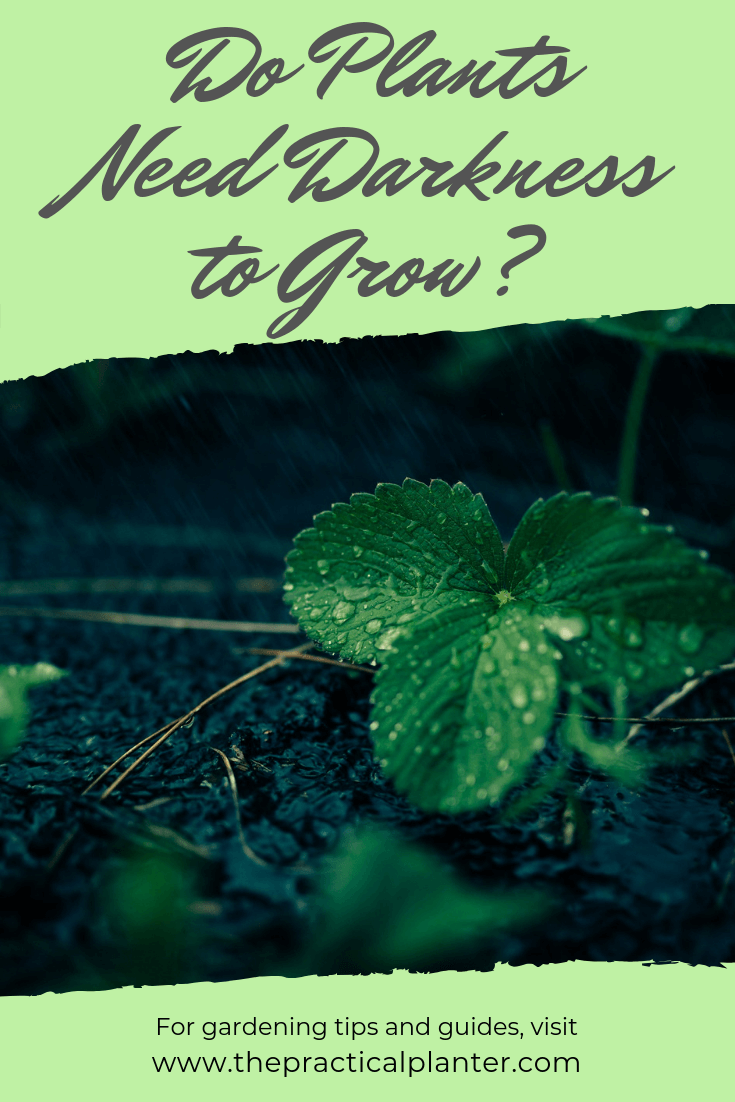 What Happens to Plants at Night in the Dark?

There is a pretty big misconception that plants just shut down and go to sleep as soon as the sun disappears. Not even close.

First of all, plants don’t sleep, at least not in the same way animals do. They just don’t operate that way. The level and type of activity change in the dark, but they never “sleep.”

The biggest change in plant metabolism in the dark is that they stop photosynthesis, because that is a biochemical process that needs light to happen. This is how plants make their food, which happens in the leaves as long as the light is shining. They expel oxygen as a waste product, which is why they are so vital to the environment and keeping people alive. Where it gets more complicated, is that plants also respire, just like animals do. So while they are giving off oxygen from photosynthesis, they are also undergoing respiration at the same time.

They are taking in oxygen, using their “food” for growth, and giving off carbon dioxide. Many people don’t realize this is going on as well as photosynthesis because it seems quite contradictory. That’s just how nature works.

So when the lights go out, the photosynthesis stops but the respiration keeps on going. They respire all the time, night or day. All living things do.

Plants are definitely not dormant when it is dark. In fact, this is often the time when they do more growing because they have an entire day’s worth of energy stored up and ready to metabolize.

Do Plants Need Darkness to Grow and Thrive?

Plants respire and grow during the night, but do they necessarily need to be in the dark? They respire whether there is light or not, after all. Leaving them in permanent light would just give them more energy and food for growing. While that seems to make sense at first, it’s not true. Plants do need that period of darkness for their metabolism to work properly.

They are not designed to create food non-stop, and it will do them harm in the long term to put them in this sort of situation. So, yes, plants need their darkness just as much as they need their light. Occasional bouts of excess light are fine, just not on a permanent basis.

The Importance of Darkness and Light Together

The most powerful impact that light and dark have on plants is really their relationship to each other, rather than either one alone. It’s the combination that counts. 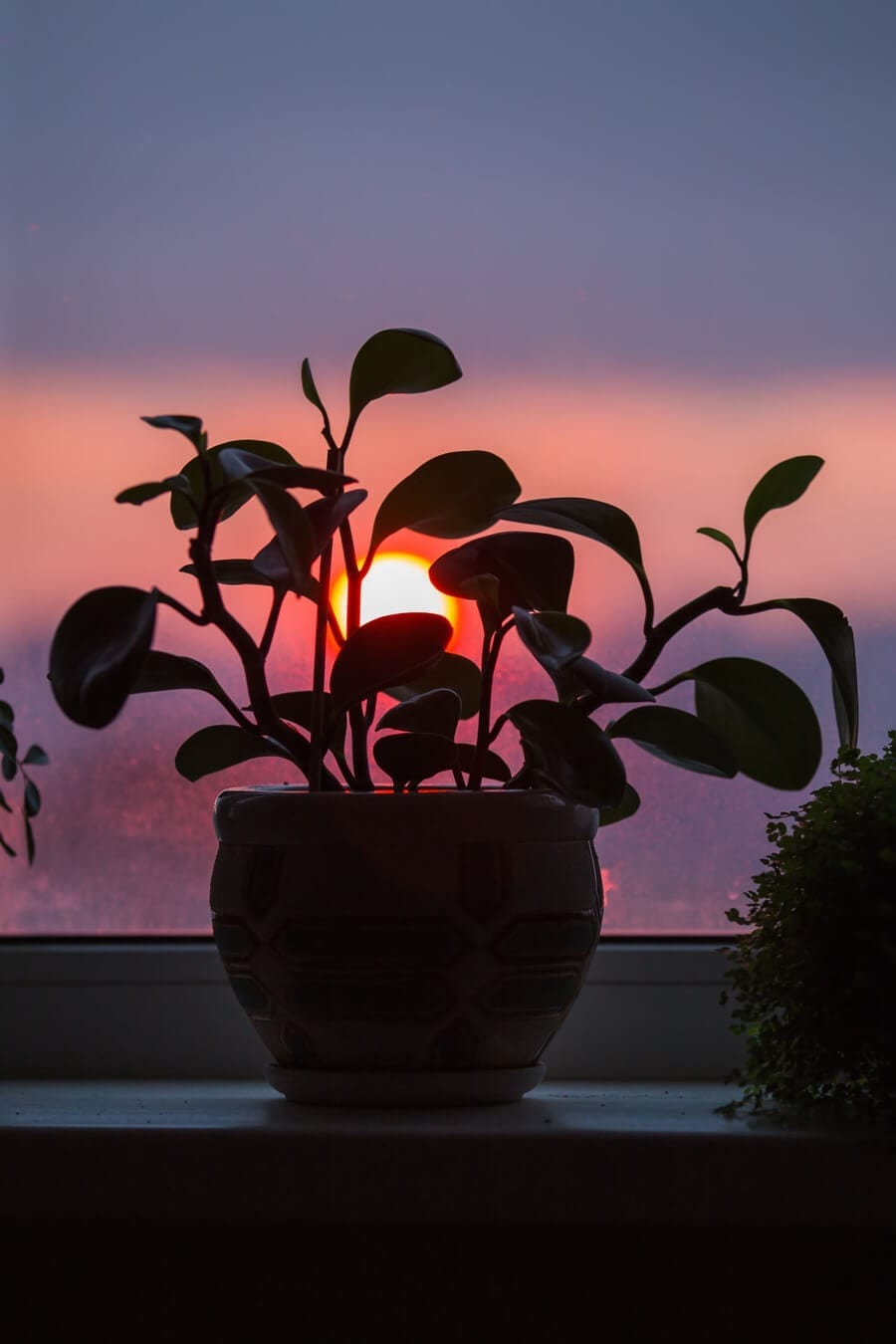 A lot of activity that goes on in terms of plant metabolism (growth, flowering, fruit, going to seed) is all regulated by day length, and these stages are all triggered by longer or shorter days. It’s not the absolute number of hours that matters, it’s the change over time that the plants are looking for.

It’s called photoperiodism, and it’s the main mechanism that plants use to stay in tune with the seasons. It’s not temperature, or rainfall but how the amount of light changes over time.

Plants that flower in the spring are triggered to begin their flowering cycles when the days are getting longer (or the night is getting shorter, however you want to look at it). And later on in the growing season, other flowers prefer to bloom in the fall, and they know it’s time to start that when the days are getting shorter. These are also known as long-day or short-day plants, respectively.

There isn’t a lot of sun underground and that is just the way seeds often need it to be. Unlike a growing plant, seeds are very different and definitely require darkness in their own way.

A seed needs to be at a certain depth in the soil, because if it were to germinate and sprout while just sitting on the surface, there is a good chance it wouldn’t survive. It’s just not moist enough when exposed to the air like that.

Since there really isn’t anyway to biologically measure depth, seeds have adapted to using light levels instead. Therefore it won’t germinate unless it senses darkness, assuming there is also moisture present. This is just a general rule of thumb, and not set in stone. Some plants will germinate fine either way, and some will specifically germinate only if there is light.

For houseplants, begonia, coleus and geranium are some examples of plants that will only do well if sown right on the surface of the soil and not buried because they need light as well. For vegetables, carrots and lettuce are in the same boat.

Can Plants Thrive in Low Light?

All of these are well-known houseplants due to their ability to grow successfully in low-light areas. They work well in dim rooms, offices or any space in the house that’s far from a window.

Can Plants Survive in Artificial Light?

And don’t forget that you don’t have to settle with the light levels that nature has given you. Artificial light can be just as good.

Any bulb that is labeled as “full-spectrum” is a good choice for keeping your plants lit up, and you can decide for yourself if you want to go with incandescent, fluorescent, LED or halogen bulbs. Some are more expensive, but then they last far longer and can be cheaper in the long run.

If you’re concerned about power usage, stick with modern LED bulbs. They use the least amount of electricity. If you want to experiment a little, go for cool (blue) light for more lush foliage, and warm (red) light for more blooms on a flowering plant. Just don’t get overwhelmed by spectrum choices, or the need to get professional grow lights.

Standard household lights will work just fine, though you might want to place them closer to the plants than your usual ceiling light fixture. A floor or table lamp can be a better choice to give the plants brighter and more direct exposure.

Your artificial lights will work more efficiently for your plants if you include a timer or two to your plant table set-up. That way, you can ensure your plants get a nice long day of light when necessary and they aren’t reliant on having people remembering to turn the lights on (or off).

As we mentioned earlier, some flowering plants need changing light levels in order to bloom, so you have to keep that in mind if using artificial lighting. It’s not enough to set a timer and leave the plant to do its thing. It will survive well, just won’t be stimulated to flower.

You will have to adjust the day/night ratios on your own to mimic the changing seasons. It might take a season or two to get the hang of it, but it the effort can be worth it when your plant bursts into color for you, even in the winter. 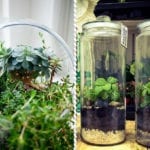 Your One-Stop Terrarium Guide: All You Need to Know 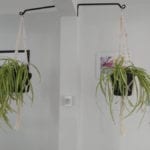 How To Divide Spider Plants (In 8 Simple Steps) 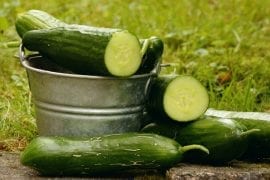 How to Save Cucumber Seeds (Simple Steps to Try at Home) 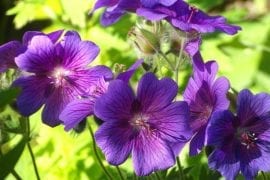