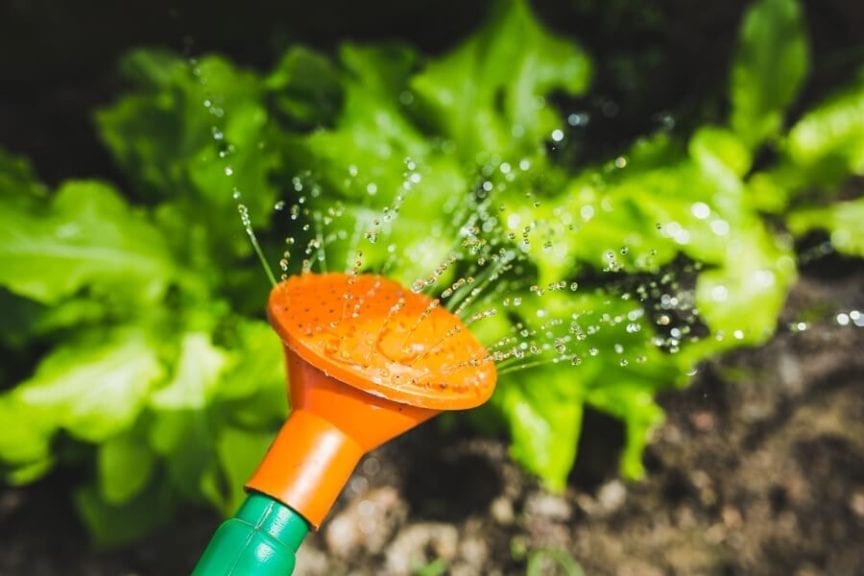 Over watered house plants are plants on their death bed. Water is food to plants. When humans eat too much food, obesity sets in and that’s often followed up by any number of diseases. Any of those can and often does lead to premature death. The same happens with plants. When you over water plants, the excess water is stuck in the soil suffocating the plant.

The leaves on plants extract carbon dioxide from the air, but that only contributes to the photosynthesis process. Asides from carbon dioxide, plants need oxygen to create sugars and starches needed for nourishment. Getting the oxygen through the plant for photosynthesis to happen is the job of the plant roots. The job of the soil is to provide the roots with the water they need to do that.

While the soil needs to be the water delivery system to the plant roots, those same roots need oxygen too. That comes from tiny air pockets throughout the soil. When there’s too much water trapped in the soil, the soil compacts, oxygen levels depreciate and before you know it, you have a stunted plant on the fast track to complete root failure.

The Signs of an Over Watered House Plant

Spotting the signs of an over watered plant is best done by removing the plant from its container and visually inspecting the roots. Healthy roots are whiter, while darker roots are the grim reaper of the plant kingdom. The darker the roots, the closer to dying the plant is.

For large house plants that are impractical to remove from the pot to inspect the roots visually, there are some visual cues to the plant itself that can be indicative of excess moisture in the soil.

The key issue with over watering is the health of the roots. When the roots are starved of oxygen, Phytophthora root rot and Pythium root rot can both become problematic, to the extent they ruin the plant.

The only way to inspect the roots of houseplants is to remove the plant from the soil to visually inspect the root system. If you are inspecting the plant roots, the whiter the better. Darker roots are never a good sign.

How to Dry out Soil: Potted Plant Drying Methods

Ideally, a new potting mix would be the fastest solution, but when that’s not an option, there are other options to work with what you have to speed up the drying process of waterlogged soil.

Depending on the size of your plant, you may be able to take some of the soil away from the roots and put it into the oven, letting it bake dry. Just be careful not to overdo it with too high a temperature for too long.

Baking dirt isn’t new. It’s actually an old-fashioned way to determine the moisture content of soil, known as The Oven Method. With it, soil is baked in the oven for 24 hours at around 220oF. The test would be done with a small sample of 200g, but as you’re intent on drying most of your soil and not testing, go ahead and bake as much as dirt as you like.

If the air’s too heavy and moist, it’s going to take longer for the soil to dry. A dehumidifier can help remove moisture from the air, preventing the plant from taking in moisture while you’re trying to drain it.

The only gadget you need for this is a chop stick. Poke the soil a few times to create space for air pockets to form. Don’t poke more than a few times or try to put air directly into the soil as that can cause more harm than good.

What you don’t want to do is poke it too much because that risks puncturing the root ball and not just the soil. You only want to aerate the soil. Not create air pockets too close to the root as that decreases the transpiration rate.

Some of the soggy debris such as moist leaves that have fallen off the plant will only add more water into the soil as the debris and leaves dry off. Remove any wet material from the top soil so that there’s no more water getting into your mix.

If you have a drenched indoor plant and need to know how to dry out soil quickly, then the fastest way to do that is to remove it from the container and wrap the roots and soil in newspaper or another absorbent material.

How much water you need to get rid of depends on the type of plant you have and its stage of growth, because plants have different preferences for different phases of their growth.

On a final note on drying house plant soil fast, move it to a larger container. The reason being, you’ll need to add more fresh soil into the mix to accommodate the larger pot size. This is the opportunity to layer the bottom of the new pot with gravel, or stone, and perhaps change the soil type, because clay soils retain moisture whereas sandy soils always improve the drainage.

The Caveat of Improving Drainage Quickly is Shock

Making too much of a drastic change can cause a plant to go into shock. That can be just as lethal as drowning it. To avoid shocking your plant, don’t instantly stop feeding it. Lower the amount you feed your plant by up to half but do not add fertilizer until you have the right moisture level.

Using a hygrometer, like this one, is a low-cost way to make sure you’re in the optimum moisture range of between 40% and 70%, depending on the current growth stage of your plant.

How to Fix Over Watered Plants: A Checklist

How Much to Water Plants in the Future

All plants have different needs and the only way to tell is sadly through trial and error. The easiest way to find the optimum watering frequency and the amounts and the timings is to use a moisture meter. Digital moisture meters are more accurate, but more expensive. A standard moisture meter that’s just poked into the soil will give you a simplified reading. Dry, moist or wet. You need to keep the water content of soil in the moist range. Not too dry, not too wet.

If you don’t have a moisture meter, another way to tell is to first, reduce your watering frequency and only add more water once you test the soil with your finger. Push a finger down into the soil to about an inch below the top soil. If it feels dry, water it some. If it’s wet, hang back on feeding and if it’s moist, you’re spot on. Always keep your soil moist and never aim for wet. Moist is good. Wet is bad.

113shares
Are You Over Watering Indoor Plants? How to Fix a Drowning Plant was last modified: August 20th, 2019 by The Practical Planter 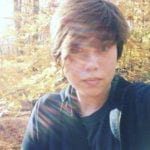